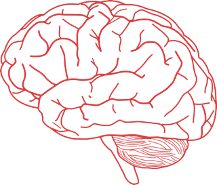 In the last blog, I spoke about losing my temper one afternoon with two students. I drew a clear contrast between this awful mistake and the abusive conduct of four teachers that students reported on in 2012.

My goal in this blog is to encourage others to be whistleblowers and especially when it’s high-stakes such as harm to children.

It’s hard to speak up when you feel that you are imperfect and have not always been the best teacher or parent, but we all should be able to make a critical distinction between poor conduct and child abuse. The former for me happened on one afternoon; the abusive conduct stretched from victims in grade 10 to one in second year university. It didn’t occur on a day where a provoked individual (me) lost her temper and behaved badly. The conduct students reported on in detail had gone on for at least five years and if you research abuse, you know that it would have gone on as long as the oldest teacher involved. For five years, day in day out at practices and games, the teachers hurt students’ brains.

You must speak up when you witness abuse because all forms of abuse harm brains.

People don’t start abusing out of the blue. It’s something they cannot stop unless they do a great deal of psychological work. It’s not a mistake. It’s very calculated and compulsive. It occurs behind closed doors. Sometimes it even bursts out in public sight they find it so hard to control. The grade 10 students reported the same kind of abusive conditions under which they were expected to learn as the university students. They did not know each other, but described the same abuses. The students reported suffering from a culture of fear, favoritism, and humiliation. These are the red flags of abuse.

When students reported that my son was singled out for scenes of public humiliation, where he was assaulted by the teacher yelling in his face rhetorical questions that undermined his worth and when he tried to get away, detaining him for more by grabbing him, I asked my son how many times this had happened. He replied “hundreds of times.” In other words, hundreds of times the teachers hurt my son’s brain. Not just the one yelling in his face, but the also the one who stood by and watched without intervening.

When I was researching what kind of impact such behaviour would have on the brain, I found in research study after research study that all forms of abuse harm brains.

We tend to think that younger children are more sensitive, but from a brain perspective, it’s actually the adolescent brain (13 to 25) that is most at risk from this kind of physical and verbal aggression. If one afternoon a teacher or parent becomes furious and yells and swears, it does not hurt the brain, but when demeaning, humiliating, threatening, verbal aggression occurs hundreds of times, it does significant harm.

Neuroscientist Lisa Feldman Barrett poses the question “can words be harmful to your health?” Then answers in the negative when harsh words are said “in small doses.” She continues: “But if you are stressed over and over and over again, without much opportunity to recover, the effects can be far more grave. If you are constantly struggling in a simmering sea of stress, and your body budget accrues an ever-deepening deficit, that’s called chronic stress, and it does more than just make you miserable in the moment. Over time, anything that contributes to chronic stress can gradually eat away at your brain and cause illness in your body.” After further discussion of the extensive research on this, she concludes: “Simply put, a long period of chronic stress can harm a human brain.” All forms of abuse harm brains.

The more time an abusive individual has to create the simmering sea of stress, the less able victims are to articulate what’s happening to them.

Their brain is being harmed which in turn is harming their body. Victims develop what’s documented as “learned helplessness” where they no longer know how to escape their abuse. Abusive individuals are masters at weaponizing a victim’s passion so that he or she ultimately withdraws from what used to be their favourite thing. Reading the research made me more and more clear that I had to speak up and then do the hard work of advocating. It would have been easy to cast my eyes down, keep teaching, give up on trying to change a sickeningly entrenched system, but I’m deeply thankful I took the hard road.

If you want our broken system to change, then I encourage you to take the whistleblower path when confronted with any form of child abuse.

The more we all speak up and question the normalized abuse system that infects so many activities for our children, the more we can create a whole new paradigm – a framework informed by neuroscience – a “neuroparadigm”. The blueprint for how to do it fills the pages of my forthcoming book The Bullied Brain: Heal Your Scars and Restore Your Health.