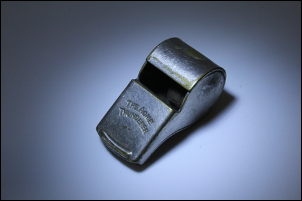 Research shows that whistleblowers don’t leap onto the path guns blazing. No. Whistleblowers try everything they can to solve the problem internally so as not to rock the boat, expose wrongdoers, cause trouble.

That said, for whistleblowers, exposing injustice is an obligation, not a choice.

I tried to address the crisis at the school in my small way, absolutely lacking any goal to go public. Along with the other parents involved, we thought the four abusive teachers should take two years paid leave off-campus to sort out their issues. An impulse to bully children you have power over does not go away overnight. It’s a major psychological hurdle and takes a lot of time to unpack. Plus, some of the kids who gave testimonies to the Headmaster were in grade 10 and they shouldn’t have to attend school with these teachers back in power after a year.

A child whistleblower is extremely vulnerable and susceptible to psychological trauma so they need significant protection.

That’s why we thought two years would be healthiest for all. The Board and Headmaster would not do this even though in public schools teachers who behaved like these four would be instantly fired. There would be no hiring of lawyers and sham investigations and lies being told. For me, their refusal to do the right thing meant I was forced onto the whistleblower path, like others before me.

As documented by Dorothy Suskind, the research shows that whistleblowers try really hard to get their superiors to do the right thing. Whistleblowers typically strive to work within the organization to address the crisis which in my case was multiple parents and students reporting on the abuse of four teachers. I delayed legal reporting of these teachers to the Teacher Regulation Branch for months so that the Headmaster could address the crisis, protect kids, but also keep the teachers from losing their jobs.

I did everything he asked to support his process including taking eight student testimonies that I then sent to him. But he and the Board chose cover up and had an impressive network of individuals from lawyers to law makers who colluded with them in victim-blaming the students.

When the leaders or administrators do not choose the path of accountability, transparency, justice, protection of the vulnerable then, and only then, is the unlikely whistleblower born.

Dorothy Suskind says that most “whistleblowers contend exposing injustices is not a choice but an obligation, especially after witnessing colleagues’ indifference and complacency.” For me the obligation became far greater after witnessing my employers enabling child abuse. Suskind notes that the “ethical juncture innocently stumbled upon by whistleblowers is likely to have been built and bent over years or decades.”

It requires a long time to deconstruct and put right a juncture built over decades which is bent out of ethical shape. It is not a quick fix or an easy process. I have learned that I am not up against a couple of private schools and a provincial government apparently dedicated to enabling child abuse.

I am up against an entrenched mindset in the developed world, that despite extensive research (decades of extensive research), still believes abuse is a necessary evil for greatness (though they would never admit it publicly).

Schools and sports orgs and churches and kids’ clubs like to pontificate publicly on how much they care about children’s safety all the while behind the scenes they create the ideal conditions for abuse. It’s the worst kind of hypocrisy because it leads kids and parents to let down their guard. At the private school I resigned from in protest, the Headmaster sent out many letters and statements to the school community, but would not comment publicly to the media. This is always a critical moment for those who believe all the private, internally distributed statements. If it cannot be spoken publicly, you should start asking tough questions.

As soon as you hear “no comment” to national media, you should be flooded with doubts about what you’ve been told quietly behind the scenes.

The whistleblower’s path veers away from institutional complicity as it requires the courage to go public while the institution tries to cover up. As the Pulitzer prize-winning investigative reporter, Robert Cribb told our son Montgomery when he was interviewing him: ‘I’ve been told the most awful stories about injustice, but people are too afraid to speak up. Only one percent of the population will speak to national media.’ He also told my son that he was being interviewed because he was untouchable as a witness. His record was pristine and that made him credible.

I might be an unlikely whistleblower, but my son and the other student who spoke up publicly were the true whistleblowers who had courage and a strong moral compass.

Standing alongside two teenage boys, I’ve learned the whole system is rigged to enable abusive individuals to continue their abuse. It’s called “institutional complicity” and if you’d like to study a legal examination of it, I highly recommend Amos Guiora’s new book Armies of Enablers. But even the rigged system wasn’t enough to stop my son and his friend from speaking publicly on national news when their Headmaster, the lawyer he hired, the Commissioner for Teacher Regulation all cowered within their institutional roles and replied “no comment” when asked to speak on how they handled the abuse.

All the Headmaster could do was issue his private letters and mutter half-truths and hide when the media tried to interview him.

While the boys displayed the courage that only one percent of the population can muster, the Headmaster and those who propped him up joined the ranks of ninety-nine percent of the population who choose the coward’s path when asked to comment. For all of us who are struggling on whether or not to speak up, the only question you must answer is: if what you are saying and doing cannot be described or defended on national news, then you should think twice about your conduct and communication.