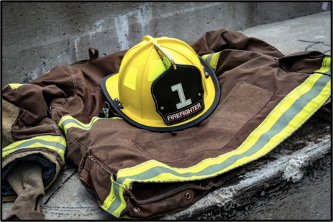 When the tragedy of 9 / 11 happened, my brother was living in Brooklyn. Roofers were working on his brownstone so after the first plane hit and the world went into panic, he went up to watch with them what was unfolding on the other side of New York city. When he saw the second plane, he thought it had been sent to save everyone. Within days, the firehouses of Brooklyn had thousands of flowers out front to honour the fallen firefighters who would never return to see them.

To my mind, those firefighters are heroes.

I feel uncomfortable with the term “social heroes” that is used in psychologist and researcher Zeno Franco’s work at the Medical College of Wisconsin in reference to whistleblowers. He defines social heroes as those “who sacrifice themselves for the greater good.” I read about his research in an article written by Elizabeth Svoboda author of What Makes a Hero: The Surprising Science of Selflessness in The Washington Post. The term “hero” applied to whistleblowers makes me very uncomfortable.

As discussed, I am the least heroic person on the planet. I am normal, but I also am a whistleblower.

I did not choose sacrifice. Like my son, I chose self-determination. It’s the whole issue of why we must self-immolate for the greater good that throws me off. Why aren’t more people, like the community, working for the greater good? How has our society developed so that speaking up about harm being done to kids is seen as a heroic act. Isn’t it normal to speak up and say this has to stop, these kids need protection and healing? Isn’t it normal to push as far as you can when you realize that those in power, who will be identified as negligent are not going to do the right thing, are going to coverup to protect themselves, victims be damned, even when the victims are children?

As I read news coverage on this issue, I’m honestly amazed at all the “normal” people who act like child abuse is okay.

Just take 10 seconds to reflect on not one university, but two in a single state in the U.S. Not only did Dr. Larry Nassar abuse hundreds of victims with the collusion of Michigan State administrators, but so did Dr. Robert Anderson at University of Michigan! Is it just me or do you find yourself shaking your head that there wasn’t a single person, not one “social hero” or whistleblower who shut it down? Not even the FBI stopped Nassar’s abuse despite being informed. We’re talking no one for thirty years who put victims first.

I use “educational” institutions as an example—and sadly it could be so many other institutions—of the way in which institutional complicity, supported by sheeple, is what we have become.

We have the potential to be so much braver, wiser, more empathic. Why do we continue to allow our society to operate in this hopeless cycle of abuse? When it becomes normal to speak up when children, young people, or vulnerable people are being harmed then we can return to understanding that people like firefighters are heroes. Whistleblowers should be the average Joe.