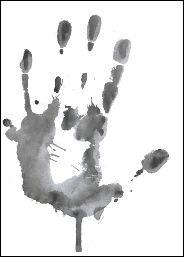 One of the lessons I learned on the path of being an unlikely whistleblower was that my crime of “committing the truth” would be judged harshly while those in the wrong, either perpetrators of abuse or those enabling them, would receive hearty applause for their puppet show. When I say puppet show, what I mean is they were masters at making people believe in their innocence, in how wronged they were, in how shocked and hurt they felt, and in how brave they would be in fighting back against these unjust, unfounded allegations.

It is well-documented in the abusive individual’s playbook that when victim-reports come in, he or she must quickly shift the narrative putting themselves in the role of victim.

They need to deny all wrong-doing and then say they’re the subject of a “witch-hunt.” In the surreal last few years, we’ve all watched the former President of the United States pull out the old abuse playbook. So fascinating to watch all the believers who replace critical thinking and the straightforward issue of facts and evidence with blind adherence to the abusive individual. Amazing.

I realized that the teachers at the private school I resigned from did not want to believe that their employer—Headmaster or Board—had covered up child abuse for at least a year.

They wanted everything to remain safe, predictable, paycheck coming on time every two weeks, and that meant simply believing that those pulling the puppet strings were telling the truth. Improbable, but so much easier than wondering why administrators did not report abuse allegations to the Teacher Regulation Branch which is against the law. Believing was so much easier than asking to see emails, or to read student testimonies, or to hear from parents whose kids had been hurt, or to learn what the police said, or to understand why the Board was bringing in lawyer after lawyer until they got the whitewash report they needed, or why they had concerns about being found negligent. They simply did not want to know.

Dorothy Suskind writes about the work of Oxford Professor, Luciano Floridi and his study of information ethics. She explains that when whistleblowers speak up, “they are catapulting private, potentially harmful information into the public sphere for necessary examination and cleaning.” This only happens when the powers that be, such as the leaders in the school system, or the governmental agencies empowered to protect children, fail.

The more they try to contain, erase, cloud information pertaining to children reporting abuse, the more “examination and cleaning” are needed.

The whistleblower’s obligation is to expose the “indefensible act.” Suskind explains: “This exposure of information usually occurs only after the whistleblower made repeated attempts to rectify the ethical dilemma through internal channeling” as noted. What is so hard about being a whistleblower is that when you speak up, you are accused of sharing personal and private information. It’s a Catch-22 because when others are covering up harm being done to kids, exposure becomes the only way to blow the lid off the institutional and governmental manipulation.

The other Catch-22 for me hinged on whether taking the whistleblower path would be more damaging to our son, when I was doing everything I could to protect him.

The way he was treated by school administrators, some teachers, and some bullying students was nothing short of appalling and his final year at the school was traumatizing. But I know now looking back that me being a whistleblower actually saved my son. He knew without a doubt that his dad and I believed he was worth fighting for. He received confirmation from an American sport psychologist that he had been abused over and over and needed to heal. The leading Canadian authority on abuse in sport also read his and the other students’ testimonies and identified the behavior as highly abusive.

This cleansing off of the grime of child abuse is critical and the quicker it happens, the less likely abuse will lead to a lifetime of suffering.

Our family, even our younger son knew there would be terrible losses for daring to speak up, but his brother was daily confronted with our commitment to suffer the losses and put his psychological health before all else. He never entered the murky waters of believing the abuse was “the making of him” as happens to many victims in school systems. He never stepped into the moral quicksand of a hypocritical, corrupt culture that would lead him to sink with every step. He suffered like I did, like his younger brother and dad did, but we all remained with our psychology and integrity compasses intact that stopped us from believing that abuse is a necessary evil for greatness.

Abuse survivor and author of Stiff-Upper Lip: Secrets, Crimes, and the Schooling of a Ruling Class, Alex Renton writes about how severely humiliated he was, repeatedly, by his school Headmaster for reporting to his mother the abuse occurring at his school. Renton was in a generation before my son, but it seems not much has changed in elite schools whether in England or Canada. Our son’s Headmaster tried to humiliate him and the other students who spoke up as well, but when asked to speak to the nation about his conduct and choices, this Headmaster could not be found (CTV’s W5 part 1 / part 2).

When asked by national media to speak up, the Headmaster offered “no comment” and neither did any of the others who enabled abuse.

It’s concerning when school leaders cannot publicly defend their conduct, but privately rule over children. It’s concerning when lawyers conduct “investigations” that hold child victims accountable and protect adult perpetrators. It’s deeply concerning when government agencies, that are tasked with ensuring schools are safe, write decisions that blame child victims for abuse, coverup what adult perpetrators did, and then tell national media they can’t speak publicly because they have to maintain privacy or confidentiality.