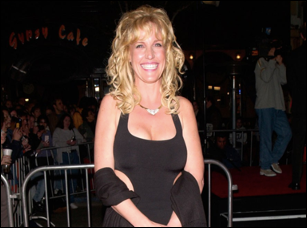 It’s one thing to know the definition of the whistleblower, but it’s another to examine what exactly they do. I mean what does the job actually entail? No matter what context whistleblowing occurs in—from exposing corporate poisoning of the environment to reporting that children are being abused and the government is covering it up—whistleblowers must be persuasive. That might mean you have to convince investigative journalists that you are credible. It might require a dangerous gathering of information. Oftentimes it demands a platform to leak the corruption or abuses you know about.

In my case, I had to convince a seasoned American literary agent and a senior editor at Prometheus Books (Rowman & Littlefield) to believe my book The Bullied Brain: Heal Your Scars and Restore Your Health was a valuable contribution to the field of abuse studies and wellness. The significant authority of the Headmaster’s Office and the Board that supported him was far bigger than me, a single teacher. Plus, they had significant financial resources and I had a teacher’s salary. On a low day, one of the student-victims said to me

“Thanks for Erin Brockoviching this” and that’s when I knew that regardless of what the Headmaster or Board said or did, I would not stop working for child protection.

If you have not seen the Hollywood film (2000) starring Julia Roberts or read the many articles and books about American hero and whistleblower Erin Brockovich, you will find her story and battle against the odds inspiring. Brockovich is not an unlikely whistleblower; she’s the real deal.

The student-victim was one of the eight who gave her testimony to me (the others including our son reported to a lawyer). I sat across the table from her. She is an incredibly smart, empathic, hard-working young woman who is also a talented athlete. She earned a position in one of America’s most sought-after universities to do her BA. As I was head bowed, writing down her testimony, I noticed that she had stopped speaking and looked up to see what was wrong.

Tears were rolling down her face.

She was telling me that after months of being humiliated, held back, surrounded by swearing and putdowns, she had fallen to the gym floor in a practice. Turns out she had damaged her ACL and she was in so much pain she could not get up. She was a star athlete on the basketball court and on the rowing team. She was a player that was devoted to training and tough as nails, but in this moment of collapse, this moment of agony, not a single student on the team came to her aid as she lay sobbing on the floor.

Gives you an idea of the atmosphere on the team and the culture in which they practiced. The teacher walked over and instead of saying, “Are you okay? Can I help you? Do you need a doctor?” The teacher issued the command: “Get up.” As this student recounted her testimony to me, the trauma came rushing back up, as it does, and she started to cry. I was so intent on writing everything down as accurately as possible, I hadn’t notice. It was like being punched in the face.

So when this student said to me “thank you for Erin Brockoviching this” it reminded me that my suffering and misery were not all that important. Not only was Brockovich an exceptional negotiator, smart, and tireless in her pursuit of justice, she also had such sex appeal that she literally seduced others into supporting her on the whistleblower’s path. While I shared her work ethic and relentless pursuit of justice, I wasn’t able to unleash the irresistible Brockovich-attraction to encourage others into helping me, so I had to drum up something else and that something was neuroscientific research. Not as sexy, but convincing nonetheless.

Whistleblowers must be persuasive if they want to make lasting change.

Nothing like evidence on brain-scans to get people to wake up and understand that when a child is crying in pain on the floor, and you treat her like she’s pathetic or weak, her brain suffers a scarring blow, far more serious than the agonizing injury of ACL overuse. These invisible brain-scars are the driving force behind the forthcoming The Bullied Brain: Heal Your Scars and Restore Your Health. Hopefully, they change the way we normalize and enable child abuse in all forms in our society.